You are here: Home / Enduro / International Spotlight with Toby Price
Back

Motorcycling Australia (MA) was thrilled to sit down with Off-Road and Enduro rider, Toby Price, who has had a cracking 2018 so far by winning the 2018 Tatts Finke Desert Race for the sixth time! Price spoke to MA about his jam-packed training regime, and has a special message for all his fans.

Where are you currently competing?

I actually just finished up at the Desafio Inca Rally in Peru and I’ve just returned home for a couple of rad events with my valued sponsors. I’m back overseas soon to take on the Rally of Morocco at the start of October.

What’s the hardest thing about adapting to your new country?

The food is actually the hardest. You need to make sure you don’t eat the wrong thing or drink the wrong water. Language is always hard too because I only speak English!

What do you miss most about home?

I actually don’t get too homesick on the road! I love my job and I’m lucky to be able to travel the world while doing it. If I did miss anything it would be food and friends!

Wake up, have a protein filled breakfast, train either at the gym, on the bike or out on a track, recover, eat, emails, and then some fun or more training in the afternoon.

What’s been a highlight for you this year?

A highlight was finishing third in the 2018 Dakar Rally. I was only back on the bike for six weeks before the event after breaking my femur at the 2017 Dakar Rally.

What is your single most motivating force?

The feeling of winning! At the end of the day, I’m a racer. 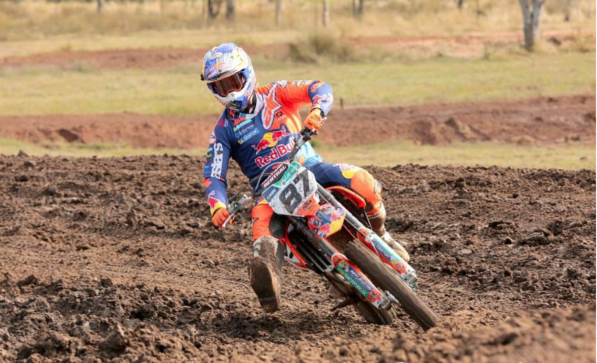 Tell us a bit more about what you hope to achieve and what you have already achieved in 2018?

Do you have a special message for your fans back home?

Thanks everyone for the continued support! It means a lot, especially checking my social media after each stage and seeing your messages!

Favourite thing to do besides motorcycling?

Normally I get out on the mountain bike with the crew during the week, and on the weekends I hang out with mates for BBQ’s, drinks and dinner!

Describe yourself in three words