You are here: Home / News / 2018 Australian Trials Championship to Jump into Action
Back

This weekend the best trials riders from around Australia will invade Sedgwick, located in northern Victoria, 16km out Bendigo, for the 2018 “Delecca’s” Australian Trial Championship.

All up, 110 riders, which cover classes from Veterans, Twin Shocks, Classic, Juniors, Juniors 13-16 boys, Open Women and Solo, will tackle sixty sections, which has been laid out and designed by Trials Club of Victoria.

So just how demanding will these sections be this weekend? To break it down, the sections will be set in vary of levels in every sections, as some riders may find some of the sections quite easy, and some may find them difficult.

Trials is obviously a complete polar opposite discipline, say to road racing where every rider races on the same circuit and your ability is graded on your time it takes to get around the track.

Trials Club of Victoria president Philip Whittle has expressed that this weekend race fans will be able to witness up close action to the event, as spectators will be able to stand right on the boundary tape and watch the action unfold.

“The skills which these riders will show and bike control will leave people scratching their heads and wondering how they do it.”

With trials, it’s all about bike control. It’s about how you use your clutch, brake, throttle and your body to get the most out of your motorcycle. This is why Whittle has explained that spectators will be “amazed” at the size of these obstacles the experts can ride and without hardly using any input from their bikes engines.

“It’s a skill which they have and its one everyone has to witness to understand it for themselves,” added Whittle.

In the Open Solo, Whittle, who has spent his whole life around Trials, believes 28-year-old Kyle Middleton will be the man to beat this weekend, as he aims to lock up a sixth straight Australian Trials Championship to his name.

However, keep a very watchful eye on Tasmanians Chris Bayles will be one rider who is on a mission this weekend, as he will be throwing everything at it this weekend to try and put a stop to Middleton’s defence, after he has played the bridesmaid for the last few years now.

The dark horse this weekend could be Connor Hogan, who has been riding in Europe all year in the Trials2 division of the FIM Trial World Championship, and recently just came back from riding in the Trial des Nations (TdN) and just won the Victorian Trials Championship.

“We also have a couple of South Africans, in Brent and Bruce Le Ritchie who are also riding this weekend and very confident riders. I believe we are going to have a cracking championship this weekend.”

In the Open Women’s class, all eyes look towards Kristie McKinnon, who is the form rider and would more than likely be on course to win her ninth title.

Whittle finished off by saying; “Kristie is a standout rider in the Open Women’s class. She rides at a very, very high level and I can’t see anyone beating her. She has the bar set very high, which is a credit to her.” 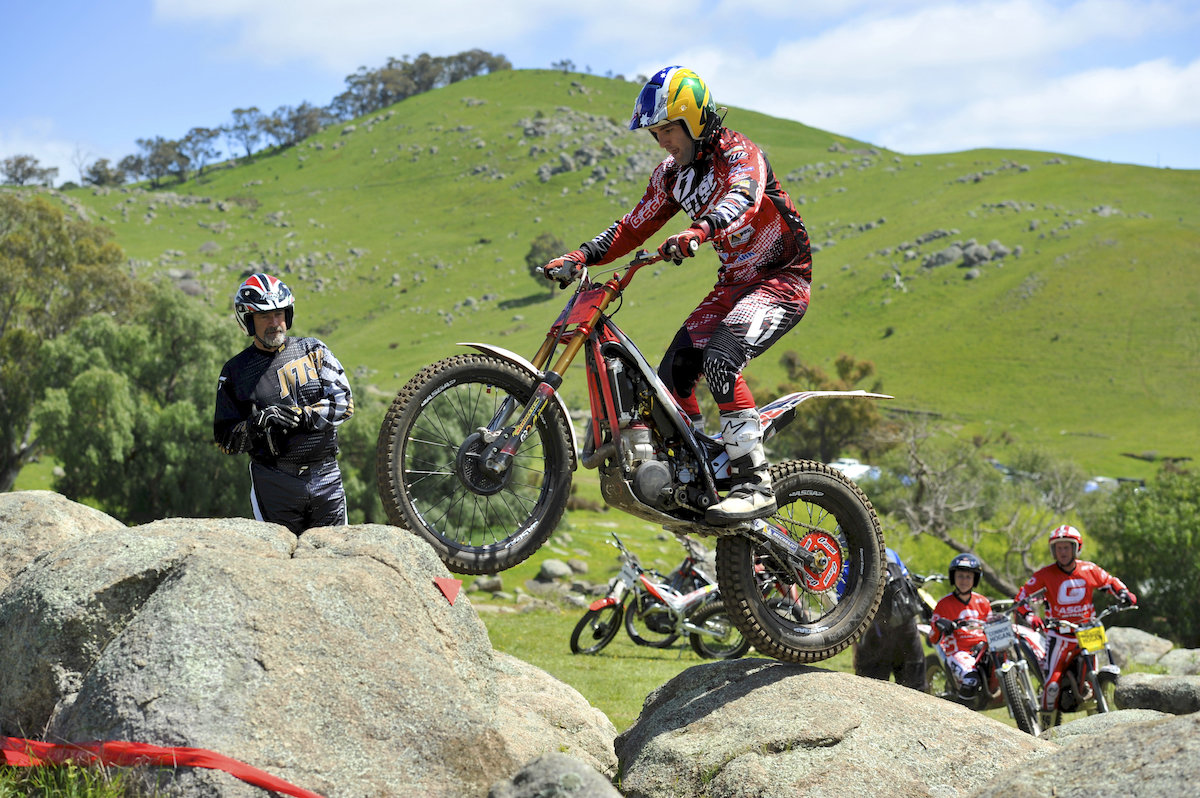